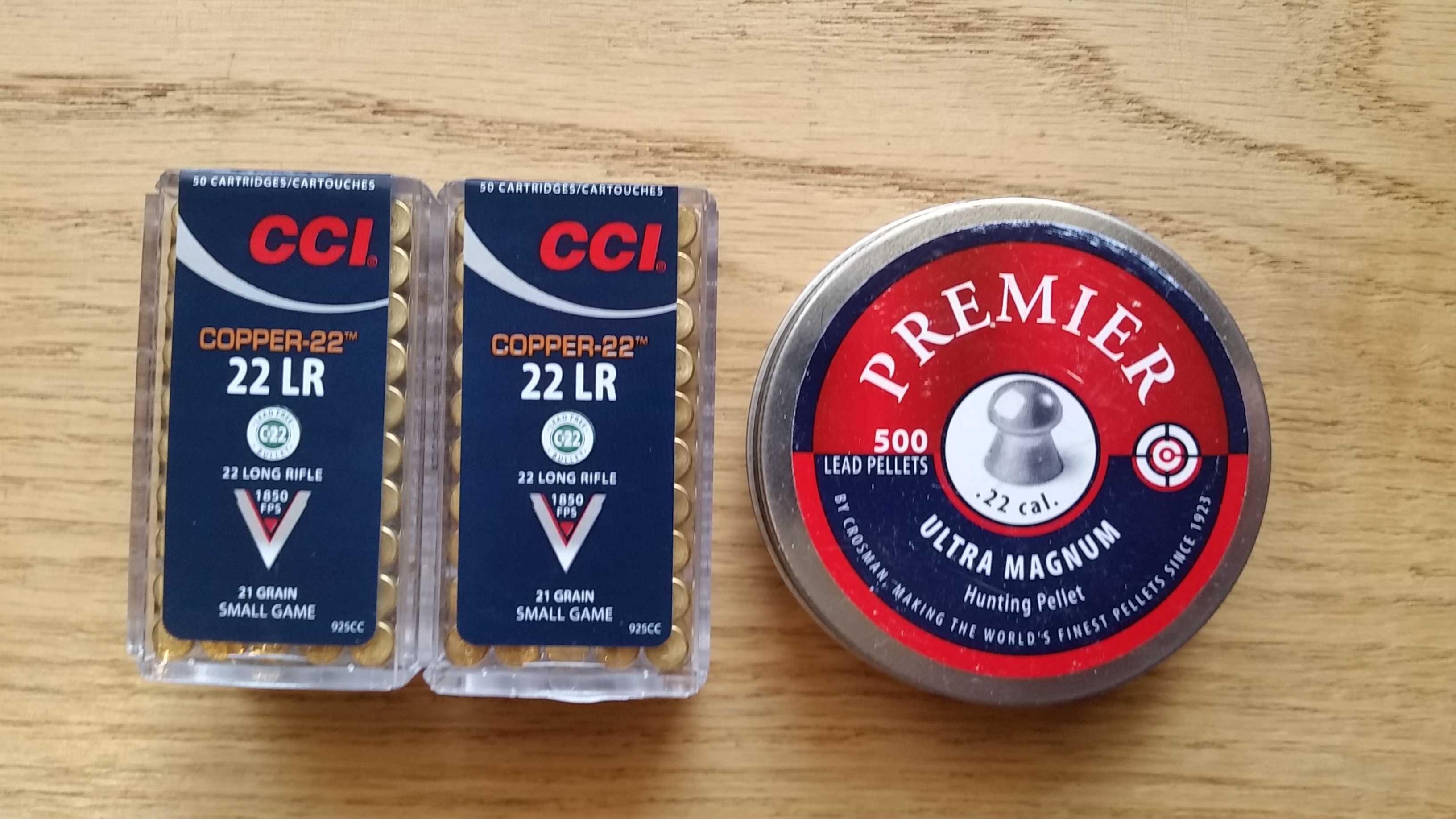 The California statewide ban on lead ammo is now in effect.  Sure condors and other critters will continue to choke on old wheel balancing weights, trash, and lead fishing weights, but that’s because the lead free movement isn’t really about the environment, its about gun control.

In California, I can hunt a variety of small game using Crosman .22 cal 14.3g lead hunting pellets 500 pellets runs $6.28 on Amazon or 1.256 cents per pellet.  However, it is now illegal for me to use lead 36g 22lr ammo to hunt anything. If it sounds stupid, its because it is. So what gives? Certainly its not environmental concerns driving this type of legislation, or we’d see more effective legislation protecting the environment holistically.  In addition to the statewide lead hunting ammo ban, background checks for ammo purchases are now a thing.  The government will most definitely be keeping tabs on your ammo sales.

I went through a background check at Dick’s Sporting Goods, and bought 2 boxes of lead free CCI COPPER-22 ammo for my 22lr. *At 8.99 for each 50 round box, that’s 17.98 cents per round, a stark contrast from my average 3.5 cent lead 22lr rounds.  The process was made more simple for me, because I had given them my patronage and bought firearms through them, before they got on the anti 2a political band wagon.  I did not have to pay 19 dollars for the background check, which would have made the purchase of 20 dollars worth of ammo twice as expensive, and a deal breaker.

The combined legislation effectively increases ammo costs more than 4 fold, decreases the availability of ammo as there are way less lead free options, adds a burden of background checks, and effectively taxes the law abiding citizen a $20 fee to legally purchase ammo.

The laws do nothing to curtail gun violence, they arguably do nothing or next to nothing for wildlife, and they encourage legal gun owners to break the law and buy ammo where its less restrictive and less burdensome.

The laws do seem to do one thing, and that is to help pacify an anti-gun voter base, that keeps our legislatures at the helm of an otherwise great state. But its never enough for them.

For more on the BS about lead, read for yourself here http://www.huntfortruth.org/myths/

*I also want to be clear, that I am not criticizing CCI, they are producing a product to satisfy California’s small game hunters. It is understandably more expensive than lead.